Enables you to hire a kayak in Cornwall and explore Mounts Bay, Land’s End and the whole of West Penwith with ultimate freedom.

There are no limitations as to how far you can go!

We will deliver kayaks to your chosen destination and collect you wherever you end up.

You could be dropped off in one location and picked up in another. Our unique Cornwall kayak delivery services is truly A to B adventuring!
Find out more!

Hire a Kayak in Cornwall and explore…

Uncharted coves and isolated beaches, enter smugglers caves, fish over sunken wrecks or simply paddle out from one of Cornwall’s iconic beaches.

Our family run business is unique in its ability to deliver Kayaks to your chosen destination, whether for a family day out or a solo fishing expedition, we have what you need.

These routes are just suggestions for our Cornwall kayak delivery, you can pick to start of finish at any of the beaches or coves that have vehicle access. You can go as near or as far as you like!

Set off from Praa Sands and get collected from Marazion or Vice Versa.

Time needed: 1.5 hours to 4 hours, depending on where and how long you stop.

Meet in Mousehole car park on the far side of the harbour, leave though the harbour entrance and go right along the coast.

This is the end of the route but for those who would like a bit longer in the kayak there is the option of carrying on a little further to explore Porthcapel and Porthgwarra.

Meet in Porthcurno beach car park, launch from the beautiful sandy beach and immediately take in the Minack Theatre cut into the cliff.

This route consists of some of the most dramatic and stunning stretches of cliff in Cornwall. We advise to only do this route when weather and sea conditions are perfect.

We have single and tandem Kayaks available and all Kayaks come with deluxe seating, a safety buoyancy aid or life jacket for toddlers and a courtesy bag containing safety equipment, a bottle of water and map.
You can hire a Kayak for a half or full day and the prices start as low as £40.

Also available with your Kayak hire… 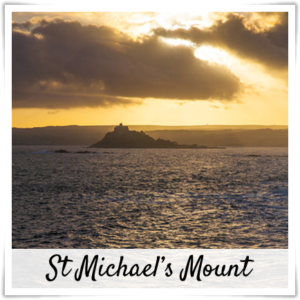 Marazion is the gateway to the enchanting National Trust managed, St. Michael’s Mount – and near to our Cornwall kayak delivery base. Marazion Beach is a safe family beach with a lifeguard patrol, and the added convenience of the ample parking along its length and the adjacent town with its amenities, all set against a stunning backdrop of St Michael’s Mount and the Lizard Peninsula (Britain’s most southerly point). 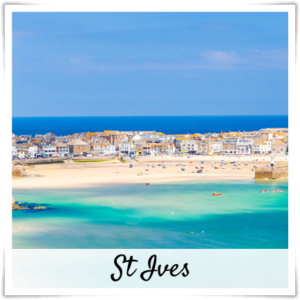 Winner of a showcase of national awards including best family holiday destination by Coast magazine and one of the 10 best European beach destinations compiled by TripAdvisor, St Ives is a local gem where the beaches are golden and the sea is a turquoise blue. St Ives has a variety of quality eating establishments serving local produce and fresh seafood there is something to suit all pallets. Enquire about our Cornwall kayak delivery service. 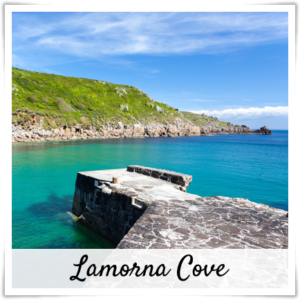 A delightful approach down the deeply wooded Lamorna Valley leads to the famous Lamorna Cove and the glittering sea of Mount’s Bay. The harbour is constructed from the granite blocks, which were quarried locally and then shipped from Penzance to various destinations.

Today all is peace and beauty in Lamorna. In the early 1900s, the areas exquisite landscape attracted painters of distinction, such as Harold and Laura Knight, Lamorna Birch, Dod and Ernest Proctor and Sir Alfred Munnings. 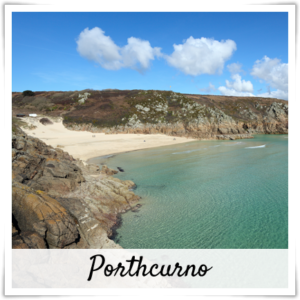 Porthcurno Beach is located some three miles east-southeast of Land’s End. The beach at Porthcurno has remarkably fine white sand formed from ground seashells. There are magnificent views of the turquoise-tinted bay from the cliff top footpath. There are toilets, car parking and a small cafe at the entrance to the beach. There is a Lifeguard service present in the main summer period, between 10am-6pm.

One mile along the coast is the Logan Rock, a huge naturally balanced piece of granite weighing 80 tons, said to have been dislodged at the beginning of the last century by a young naval officer, a nephew of Oliver Goldsmith.

The Minack Theatre is located on the cliffs, just west of Porthcurno. This world-famous open-air Theatre commands superb views across Porthcurno Bay. Performances by a variety of theatrical companies run from May to September, in addition to which the Theatre is open daily for visitors and there is an Exhibition Centre, Coffee and Gift Shop. The Minack began in 1929 as a makeshift venue for a village play, staged in the cliff-side garden of Miss Rowena Cade.

The daughter of a mill owner, Rowena was born in a village near Derby in 1893. After the First World War, Rowena moved to Cornwall and built a house overlooking the sea near Porthcurno. Rowena became involved with a local theatre group that staged an open-air production of A Midsummer Night’s Dream in 1929. 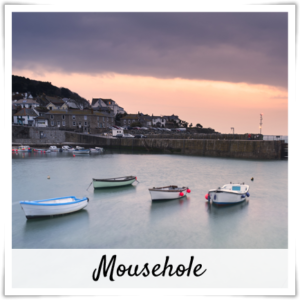 There are very few places that can be found in the United Kingdom that have retained their original character and charm in the way that the tiny fishing village of Mousehole has. Mousehole is a very attractive tourist destination. A small and very safe beach is located in a sheltered part of the harbour, which is popular with families, particularly those with small children- an ideal location for family days out, with safe bathing, quite literally at your feet. 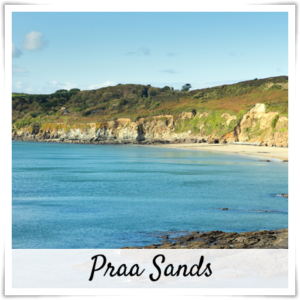 Praa Sands is an ideal base for exploring this area of South West Cornwall, convenient for Porthleven, Helston, St Michael’s Mount and Penzance. A half-hour drive brings you to Land’s End in the west and the Lizard Peninsula in the east. The mile-long sandy beach is the main attraction. The stunning beach at Praa Sands is backed by a long sand dune system. Praa Sand’s gorgeous sandy beach means that this is a popular spot for both holidaymakers and locals. The proximity of the car parks and other facilities make it an ideal family beach and perfect for Cornwall kayak delivery. The beach has some 500-car parking spaces available.